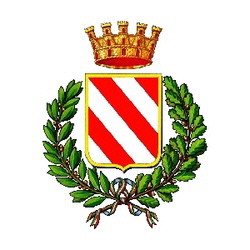 Designers: Giuseppe Piermarini was the designer of the villa. Antonio Villoresi, helped by Ercole Silva and Giuseppe Levati, worked on the garden. Subsequent interventions were work of Pelagio Palagi (1775-1860).

Description of the garden

The park of Villa Tittoni is part of a larger complex, now partly reduced from the first half of the nineteenth century’ extension, that used to consist of the Villa and the houses in front of it. As witnessed by the Charter of Brenna, date 1840, it still retained some formal elements: the trident avenues that structured the eastern part of the park, today still distinguishible, the maze of hornbeam, crowned by a circular basin of chestnut trees and a large portion of landscaped park that stretched around the pond. Unfortunately, no trace remains of the latter part, due to a subsequent subdivision. Currently, the complex of the villa and garden are owned by the city.

The park of Villa Tittoni is the only public green area of significant extension within the municipal area, and the only one of real aesthetic quality and richness of the arboreal complex, consisting on more than 700 specimens.

History of the Garden

The origins of the site date back to 1340, when Bernabò Visconti built a castle on the site where the Villa will stand, surrounded by green areas destined to the exercise of hunting. Between 1400 and 1600, the complex undergoes many changes and the castle structure is transformed into a representation villa with functions of management of the surrounding agricultural areas. In the middle of the seventeenth century the property passes to the family Cusani thanks to the sale by the Marquis Francesco Maria Visconti to Ottaviano Cusani, who in 1702 purchases even more plot and expands the perimeter of the garden, carried out as a formal garden. Nowadays there’s no trace left of his structure.

In 1777 Ferdinando Cusani buy the Franciscan complex adjacent to the possessions of the family and starts, from the year 1806 to transform the villa and the garden, relying on the work of Giuseppe Piermarini and Antonio Villoresi (sent by his father Gian Domenico Villoresi, operating in the Grand Duchy of Tuscany for Leopoldo I). The garden soon becomes one of the biggest landscape parks of Lombardy. The gardener was presumably inspired by Ercole Silva (who at the time had published the first edition of his treatise Dell’Arte dei Giardini Inglesi, 1801). Antonio Villoresi’s son, Luigi, played here his apprenticeship, helping his father,  and then worked at the gardens of the Royal Palace in Monza.

In 1817, the property passes to Giovan Battista Traversi which gives Pelagio Palagi the task to accomplish a neo-Gothic tower in the gardens, now privately owned, and other works on the villa and garden. The lawyer introduced an impulse of new life and upper-middle class over the basic use of the garden as pleasure garden, classifying a detailed catalog of the species present on site at the time: almost twelve thousand trees, in most cases bearing.

From the analysis of iconographic sources and contemporary descriptions, it appears that the villa was already present in the dimensions and connotations, while the park was really larger. It was known to host several furnish now disappeared, such as the Temple of Hymen, supported by eight Ionic columns; the Caffehaus; the Tasso Cave, that externally appeared as a crude hut, while inside it was beautifully painted. In 1863, in the south-west of the park there was a large green area known as “the site of the Deer”, close to the maze with hedges of hornbeam.

The whole park was irrigated by canals, partially underground; the water from the irrigation ditch was decanted through underground filters and served the lake that can be seen in the beautiful portrait of Giuseppe Levati, published in the second edition of the Treaty of Ercole Silva.

Another characteristic element of the shape of the park is the Trident, with the avenues converge at a single point, surrounded by other trees of considerable size.

When, in 1854, Giovanni Battista Traversi dies without heirs, the complex passes to his nephew Antona Traversi, and he was commemorated with a headstone in the garden.

With the subsequent transition to the grandson of the Traversi, Antonio Tittoni son of the prefect of Perugia Tommaso Tittoni and Beatrice Antona Traversi, the house hosts Ministers and government leaders, who held State meetings in Desio. While passing unscathed the First World War, in 1940 the residence suffers serious damages to structural parts. Vacated by Polish troops in October 1946, it was commandeer by the commissioner of housing and the park was plundered and devastated, and finally divided into plots for the construction of dwellings. In the seventies, the site was purchased by the city of Desio. 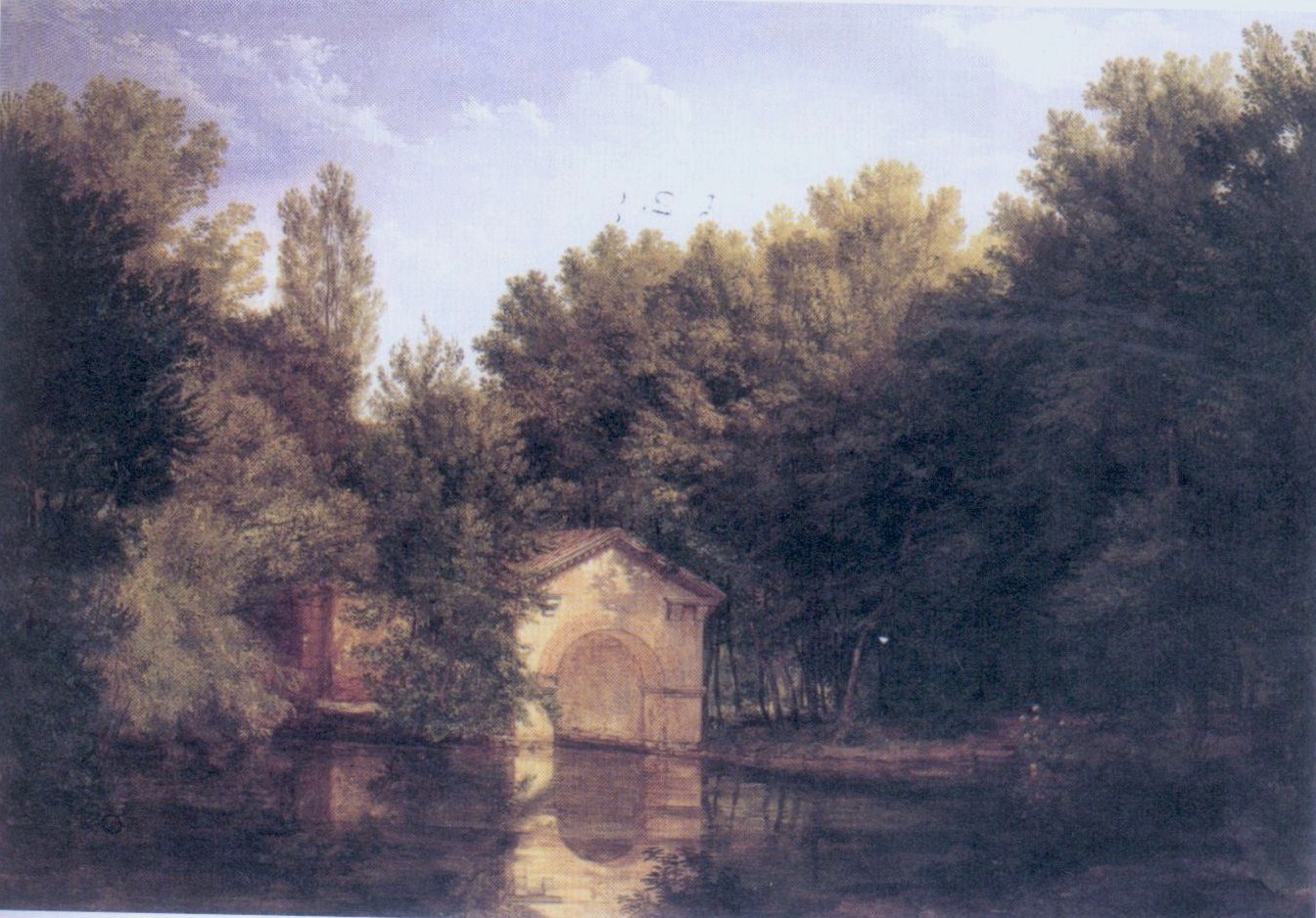 Pelagio Pelagi, Dock in the lake in the garden of Villa Traversi, Oil on canvas, 1828, Gallery of Modern Arts, Bologna.

Issues of preservation and maintenance

The study found out that the garden of Villa Tittoni is configured as the only green area of the city subject to an oversized use, which is not conform to the historical value of the site and, despite the fact that today it reminds of a landscape garden of the XIX century, it is depleted, both in terms of surface and in terms of characterizing elements.

In the past decades, the original structure has been altered by both plantations and botanical specimens out of context randomly arranged, both from degradation induced by spontaneous vegetation and the establishment of weed species that, in the more marginal areas, have taken over.

Over the years, the excessive and improper activities carried out within the park have impoverished the very concept of the garden as it was conceived and have compromised the design of the historic trails. The municipal government in recent years has initiated a redevelopment project, starting with the census of heritage trees in the park, in order to bring to light the essence of the nineteenth-century’ park. The detailed analysis carried out, the definition of the type of maintenance required and the restoration project have been the starting point for the planning of a series of interventions that have been realized in part, but which, for their completion and maintenance require:
– A specialized team of gardeners to ensure proper and consistent maintenance.
– Limitations of the improper uses of grassy areas.