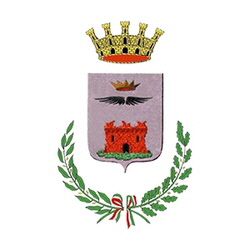 The park and Villa of Borromeo Arese, One of the most important historical and monumental unit in the North Area of Milan was acquired by the Municipality in the year 1986. From that date on a recovery and revitalizing process of the entire unit starter, which has produced important results concerning the  reutilization of Villa and Park.

The real project fulcrum was the reconstruction of the garden central axis, an old framework perspective boulevard  of Carpinus betulus. There was also a re-establishment of parterres, painted in box tree, to stress the perspective from the Villa to the oval-shaped lake, reconstructed and finally running.
The North side of the site shows an extensive grassy surface, culminating in a wooded background,

Thought and projected to dilate the real dimensions of the place.

In the garden you can find several architectonical and furniture elements: the sculpture are aimed to stress the central perspective too.

In the park you may find several architectonical elements and furniture: sculptures to stress the central prospective, the aviary near the north enclosure and the temple. The wonderful grotto, decorated with river stone’s mosaic is been completed.

The Borromeo Arese’s Park owe its first overall conformation to a sequence of projects, which hold over for a century, established by the same owing family. Created by Bartolomeo Arese  contextually to the Palace, in the first half of the XVIII century, it was increased and modified by Carlo and Renato Borromeo Arese. By the end of the XVIII century the site had a compounded formal style, from where two boulevard started, the first one pointing East and the second directed to the West, which leaded respectively to the menagerie and the “Roccolo”, a small tower used by bird catchers during the hunting, arranged over the fist rises in the Groane.

During the following decades the site was progressively abandoned till its partial destruction fulfilled by the Austrians, who turned the place into a barracks.

Once back in Borromeo Arese family’s hands, in 1930s by the Count Guido,  it’s vegetation was restored and by the Municipality of Cesano Maderno’s purchase the park was in a neglected and serious degradation, since only few parts of the formal structure are still preserved.